Imagine spending an exclusive evening with Chef Fabio Viviani while learning some of the secrets that have made him a culinary master, a best-selling author and a reality TV star. Then imagine the impression such an intimate celebrity experience will make on you and your guests, whether you are entertaining for business or creating a once-in-a-lifetime memory with friends and family. But you don’t have to imagine it, you can actually live it with a Fabio Viviani home dining experience that will send your taste buds soaring.

While it would be spectacular to meet Fabio Viviani in one of his restaurants, nothing can match a private celebrity interaction at his estate in suburban Chicago and seeing his own custom kitchen and exceptional wine cellar. Your exclusive dining experience begins with luxury transportation from Viviani’s Prime & Provisions restaurant in downtown Chicago to his luxury residence, where the acclaimed chef will prepare a custom five-course menu for your group while allowing you to watch him in action. The night you will never forget also includes hands-on lessons, with cooking demonstrations where you can get up close and person with Fabio and see first-hand what makes him a true magician in the kitchen.

Then of course, you and your guests will sit down to enjoy a sensational meal with incredible libations and great company. To cap it all off, Fabio will present each guest with a custom gift bag that you can display with pride in your own kitchen or office. And to build up the anticipation prior to the memorable night, Fabio will prepare a digital invitation to be send out so that your guests can get ready for their exclusive Chef Fabio Viviani experience.

There certainly are other celebrity chefs, but few can match the winning combination of skill in the kitchen, vibrant personality, astute business sense and all-around likability of Fabio Viviani. You’ve seen him on TV, read his books and eaten as his exclusive restaurants, but nothing will compare to a personal and private culinary experience with Chef Fabio himself. 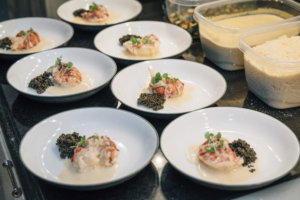 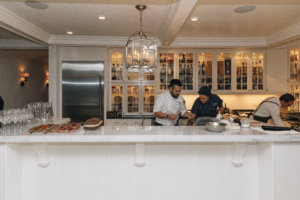 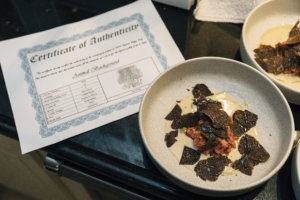