Fabio Viviani certainly has the name to be a world-class Italian chef and there is no doubt he has the experience from growing up in Florence, Italy, and beginning his culinary journey at the tender age of 11. But ultimately the proof is on the plate and in the personality of the chef, and Fabio is also world class in those areas. His restaurants around the country have earned wide acclaim, and even though he didn’t quite win on Top Chef, he did earn the title as the fan’s favorite and since then has been a staple on TV cooking shows. Oh, and he’s also found time to write a few best-selling cookbooks! So imagine what it would be like to be part of a digital dining experience hosted virtually by Celebrity Chef Fabio Viviani himself. Our exclusive interactive event is a fully produced professional presentation featuring a three-camera setup so that you won’t miss a thing.

With an option for indoor or outdoor set-ups, plus the possibility of adding a business component to start the event, you will not only get to watch Chef Fabio perform his magic but you’ll be able to participate using the custom developed meal kit complete with all the needed ingredients. We will also include a digitally designed recipe card to assist you, and each participant will receive a personally signed Fabio Viviani cookbook to commemorate the event. As the event proceeds, you’ll be able to make live comments and ask questions of Chef Fabio as you hone your own culinary skills during his interactive demonstration and cooking class.

Getting the opportunity to dine at one of Fabio Viviani’s Italian restaurants can be a wonderful experience, but it’s hard to match the experience of an intimate digital dining event with Fabio Viviani. Not only will you get to create an exquisite meal together with one of the world’s top celebrity chefs, but you’ll interact with him in ways that simply would not be possible any other way, even in his own restaurants!

Teaming up with one of Chicago’s best restaurant consulting groups, Dine|Amic, Viviani opened Siena Tavern in Chicago in 2013 and the following year he opened Mercato by Fabio Viviani, a quick-service Italian concept with branches in Chicago and San Diego. In 2015, Viviani continued to make a name for himself in Chicago by opening Bar Siena and Prime & Provisions. In 2016, he expanded to the LAX Delta terminal with the opening of Osteria by Fabio Viviani, while opening additional Mercato by Fabio locations in Tempe, Phoenix, Cleveland, and Benton Harbor. In 2017, Fabio opened the Press Room in Detroit hot on the heels of his February opening of Portico by Fabio Viviani in New York’s del Lago Resort & Casino. The Aviator casino game was developed by Spribe, and it is a social, multiplayer game of chance. Get ready for the ultimate feeling of flying thrill when you play this game! If you haven’t previously heard of this fan favorite, it’s time to discover out how to get the most out of our Aviator game methods so that you can soar to new heights. 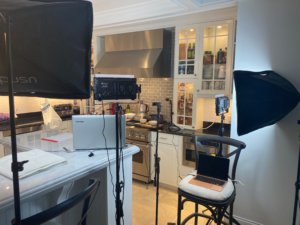