Join James Beard Award-winning chef/owner of NYC’s renowned Loring Place, Dan Kluger, as he transforms simple foods into artful culinary masterpieces. Do not miss your opportunity to design your own menu from his recently released cookbook CHASING FLAVOR: Techniques and Recipes to Cook Fearlessly. Select from bold starters like Sashimi with Sesame Chili Oil and robust entrees like Gemelli with Clams or Crispy Port Roast to create the perfect spread for a quiet dinner for two or an evening with friends.

Dan Kluger, a native New Yorker, started his career working at Union Square Cafe and Tabla which opened his eyes to the wonders of seasonal cooking and where he fine-tuned his cooking techniques. Kluger opened ABC Kitchen in 2010 as the Executive Chef and won multiple awards, including the 2011 James Beard Award for Best New Restaurant, as well as being honored Food & Wine Best New Chef of 2012. In 2013 he opened ABC Cocina, leading both Kitchen and Cocina as the Executive Chef while also being nominated for the 2014 James Beard Award for Best Chef New York City. Kluger opened his first solo project, Loring Place, a seasonal American restaurant located in Greenwich Village in 2016. He has been featured in prestigious publications like Bon Appetit, Food & Wine, New York Times, Wall Street Journal, Saveur, and appeared on the Today Show and CBS This Morning Saturday THE DISH among others. When Dan isn’t cooking, he spends his time with his wife and two daughters 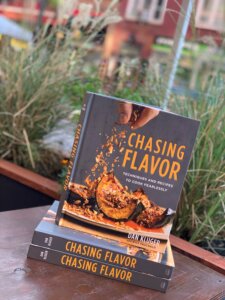 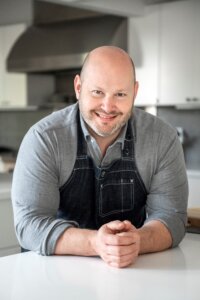